Skip to content
Home » About Us » Board of Governors » Board Members 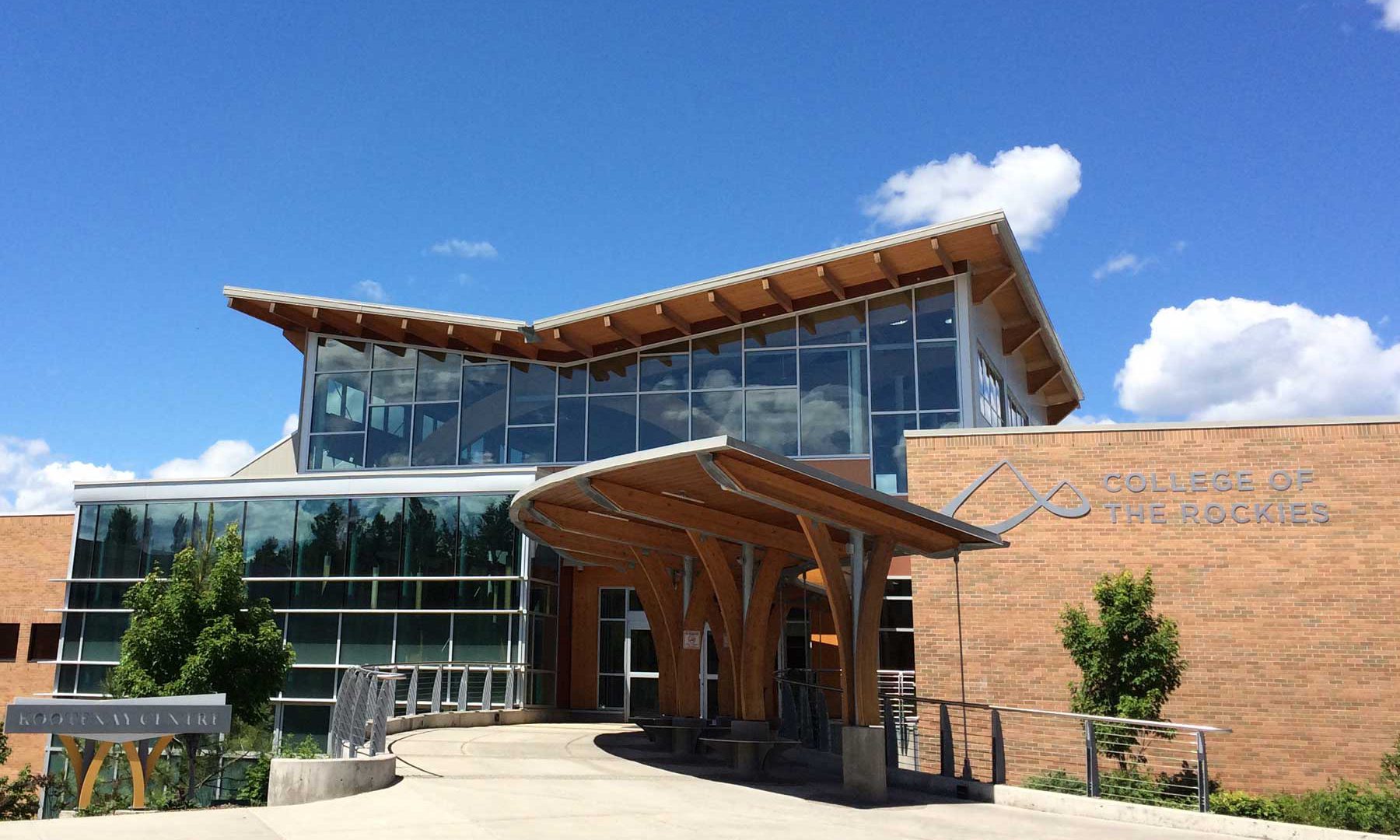 College of the Rockies’ Board of Governors

Nic Milligan is the Manager Social Responsibility with the Coal business unit of Teck Resources. Previously Mr. Milligan was Manger Aboriginal Affairs with Teck Resources and was Superintendent Human Resources of Elk Valley Coal Corporation. Active in his community, he was a Board Member of Community Futures East Kootenay, Fernie Arts Station, and Sparwood Chamber of Commerce. Mr. Milligan holds a Writing Degree from the University of Victoria and a Diploma in Journalism from Lethbridge College.

Elainee Eccleston retired in 2016 after 14 years as an instructor in the Business Administration department at COTR. She started her career with 15 years in public practice; the last 5 as audit manager for BDO. She then was CFO for the Ktunaxa Tribal Council and for the City of Kimberley.

She has earned the following designations: FCPA, FCMA, MBA, CAFM and a Provincial Instructor’s Diploma.

Elaine became involved with the First Nation’s financial literacy in 1993 and was a founder of the Aboriginal Financial Officers Association. She has been active with AFOABC since 1993 and is an honorary lifetime member. Elaine currently presents workshops for AFOABC in communities and virtually.

She was the CMABC board for 9 years; until the formation of CPABC. She was an appointed member of the Accounting Policy Advisory Committee for the Province of BC and was part of the process of bringing the Province’s financial statements to comply with GAAP in 2005.

Rod Giles, now retired, worked in the public school system for over 30 years as an educator with 27 years as a school based principal. He held leadership positions within the school district and at the provincial level serving on the BC Principal and Vice Principal Association Board of Directors for six years. Rod holds a Diploma in Physical Education, a Bachelors in Education and a Masters in Science.  Rod was raised in New Zealand and graduated from Katikati College in the Bay of Plenty where he enjoyed success as an athlete as a rugby player, runner, track athlete and tri-athlete continuing on into his college years and later coaching rugby, soccer and volleyball for school athletes.

Rod has a keen interest in aviation (private pilot) and in the outdoors, hiking, climbing, whitewater kayaking, and canoe tripping.  Rod is married with two grown boys who both attended College of the Rockies as student athletes. Rod is active in his community of Creston as a member of the Lion’s club and sponsor of the Creston Leo club.

Anne Glassford is Capital Accountant and Business Consultant for Interior Health. Previously Ms. Glassford was Hospitality Controller and Lodging Revenue Manager for Radium Golf Group, The Resort at Copper Point and Panorama Mountain Village.  She carries over 25 years of business experience within multiple industries including financial management roles in healthcare, hospitality, local government and education. Active in her community, Ms. Glassford is an appointed Director and the Finance Committee Chair for the Columbia Valley Community Foundation. Previously she was a Member of the Board of Directors for the Chartered Professional Accountants of BC East Kootenay Chapter and Chair of the Communications Committee. Ms. Glassford also was Treasurer for the Panorama Foundation and the Columbia Valley Greenways Alliance.

She holds a Bachelor of Arts in Economics from the University of Waterloo. Ms. Glassford is a Chartered Professional Accountant and Chartered Director.

Randal Macnair is currently a publisher for Oolichan Books. He was formerly a mayor and councillor for the City of Fernie, a director for the Regional District of East Kootenay, a principle for Randal Macnair & Assoc, Heritage Consultant, an instructor/program coordinator for the College of the Rockies, and a curator for the Canadian Museum of Rail Travel.

Randal is active in his community, holding a director seat for the Fernie Community Fund and a director/president for the Fernie Rotary Club. In the past, he served for the Association of Book Publishers of BC, the BC Arts Council, the Saskatchewan Arts Council, Fernie Tourism, and the BC Museums Association. Mr. Macnair studied Anthropology & History in Art at the University of Victoria and has taken courses in the Cultural Resource Management Program at the University of Victoria.

Darlene Trach has worked with the Ktunaxa Nation Council for the past 23 years. She held a range of positions from Administrative, Employment Officer, Office Manager, HR Manager and more recently Self-Government Readiness Coordinator. Darlene was elected as a Councillor for the Tobacco Plains Band and served on two different terms. She was also the Chairperson of the Education and Employment Sector with the Ktunaxa Nation. She has a Diploma in Business Administration and is currently working towards a Certificate in Indigenous Governance through the University of Arizona.

Amber van Drielen is a lawyer in Golden who works primarily on family law contracts with Legal Aid BC.   Previously she was a Legal Advocate and a Lawyer with what is now Seniors First BC. Active in her community, Ms. van Drielen volunteered at the Women’s Resource Society of Golden, Fundraiser for Golden Opportunities for Refugees and a Local Lead and Outreach for Fair Vote Canada (BC). She holds a Bachelor of Laws and Bachelor of Civil Law from McGill University. Ms. van Drielen also holds a Bachelor of Arts in Geography with a minor in Social Anthropology from Simon Fraser University.

Greg McCallum is the Business Management Program Coordinator at College of the Rockies.  Along with his coordinating and faculty assignments, Greg supervises applied research projects for fourth year Bachelor of Business Administration students.  These ten-month research projects focus on solving real world sustainability challenges faced by businesses and not-for-profits in the Kootenay Rockies region.

Greg has a Masters of Arts degree in International Hotel Management from Royal Roads University and teaches marketing, management, and sustainable business practices both in the classroom and online.

His past board appointments include Chair of the BC Business Educators Articulation Committee and Chair of the Kimberley Tourism Infrastructure Committee.

Jenn Smith is currently the Co-op and Employment Services Coordinator at College of the Rockies. She has worked at the College since 2017 in both Student Services and Continuing Education. She holds a Bachelor of Sociology from Mount Saint Vincent University.

Jenn moved to Cranbrook in 2007 from Vancouver and couldn’t be happier with small city living, surrounded by the mountains. She spent several years working and volunteering in the non-profit sector.

When not out on a road trip or at a concert with her husband, she can be found walking the dog in the forest, reading or quilting.

Sharon Demaine is an instructor in the Office Administration program at College of the Rockies. Sharon started her career teaching in northern Alberta after earning a B.Ed. from the University of Alberta. After nearly a decade, she switched gears to attend Mount Royal College in Calgary and became a licensed funeral director/embalmer in Edmonton. She worked in funeral service until she moved to the East Kootenays in 2011. As part of starting a new business, Sharon attended College of the Rockies to earn the Office Administration and Bookkeeping Specialty certificates. She was encouraged to apply for an auxiliary instructor position, and that led to her becoming regular faculty.

Sharon was elected to the Education Council in 2017 and was recently acclaimed as its Chair. Sharon is also active with the College of the Rockies Faculty Association, as a volunteer. She is a member of the Wasa Historical Society and volunteers for local events, including the annual Winter Festival. In her spare time, Sharon enjoys being a homebody or going on adventures outdoors.

Lucy came to the Kootenays from the Maritimes in 2015 and enrolled with the College of the Rockies in 2017 working towards her business degree with a focus on marketing and fine arts.

Lucy is the newly elected President of the Students Association and is very active in campus life and is a residence community leader as well as a member of Education Council, involved in peer tutoring and works as a monitor for the art room and physics lab.

Reginald Goldsbury, Past President of the Students Association and forth year business student with a Business Administration diploma 2013, is committed to enhancing student experience and culture at College of the Rockies.

Reggie was a manager for VANOC/Gameday at the 2010 Olympics/Paralympics, a co-op job at Selkirk College where he was also involved in student politics and graduated with a Business Administration diploma. He studied grade 11 as an exchange student in Kyoto, Japan, and has traveled/backpacked to many foreign countries. Professionally, Reggie has managed operations at a resort on Kootenay Lake for several years and has a young family.

Born and raised in Cranbrook, Reggie has returned to complete his Business degree and become a teacher. Reggie is politically active, has volunteered in many local organizations, regional district board committees – including several commissions, and has been elected to local business & historical associations. Reggie was part of a small team that successfully lobbied the provincial government in an uphill battle for a new electric-ready ferry on Kootenay Lake.  He’s now looking forward to learning and contributing at COTR, and is grateful for the supportive, inclusive environment at the College.

Paul Vogt joins the College with a long career in public administration, including eight years as head of the Manitoba public service and seven years of teaching at the post-secondary level. He previously held the role of president of Red River College in Winnipeg, where he had a successful track record of building industry engagement through applied research partnerships, attracting federal research grants and creating a robust institutional culture for the college and community.

Holding a Master of Philosophy from Oxford University and Bachelor of Arts (Hons.) in Political Science from the University of Manitoba, Vogt is a Rhodes Scholar and a recipient of several graduate fellowships and public service awards.